Thriller provides a level of excitement and emotion in its audience that few genres can achieve. It allows its readers and viewers to be entertained by their own intense reactions to what is going on in the story, Certain time of suspense producing emotions that they normally wouldn’t experience outside of fiction. Below in this article, we will introduce the Tamil best thriller movies in 2019.

Taapsee Pannu,s latest movie Game Over is a Thriller Drama film written and directed by Ashwin Saravanan. Game Over’s intensely suspenseful opening scenes. Amutha lives alone in her house on a lonely street. Someone is watching her from a distance. The perpetrator breaks into her house tie her up and wrap her face with a plastic cover. She dies a tragic death. Swapna is a blooming video game designer with a dark past. This incident initiates a domino effect in Swapna’s life, which ultimately leads her to uncover the truth about Amutha’s life and hers. Game Over is a well-made, layered film, which touches upon a lot of sensible issues. With power-packed performances from Taapsee and Vinodhini Vaidyanathan.Game Over full movie download in legal Streaming site Zee5.

Ajith’s latest movie, Nerkonda Paarvai is a thriller drama movie, produced by Boney Kapoor and directed by Theeran Adhigaram Ondru fame, H Vinoth. Nerkonda Paarvai is a remake of Bollywood movie Pink. The movie cast includes Shraddha Srinath, Vidya Balan, Abhirami Venkatachalam, Andrea Tariang, and journalist Rangaraj Pandey. The movie revolves around three girls Meera, Fathima, and Andrea who find themselves in a pretty tense situation when they have been falsely accused of a crime by the gang of by boys Adhik, Venky, and Viswa. They find a savior in Bharat Rangaswamy who is an advocate suffering from stress issues and bipolar disorder. On the other side, Sathyamoorthy appears for the boys. Judgment is the climax of the movie. Nerkonda Paarvai had coveted Rs 100 cr club in just 4 days.

Aadai is the latest thriller movie, Amala Paul is the main lead role. The story revolves around how Kamini, a bold and care-free girl, deals with the shock of finding herself in a naked state in an abandoned building. Amala’s performance in it more than makes up for all of that. The actor as Kamini holds you tight right from the very first frame and she single-handedly carries the entire film keeping us engaged all through its runtime. The film of every seen is a Suspense thriller, you can watch Aadai full movie in legal streaming sites. We request don’t support piracy any of the forms, which makes crime and against the Indian copyright law.

Vijay Antony struggling with a string of bad films makes a solid comeback with Kolaigaran, Kolaigaran is a 2019 Tamil Action Drama Thriller movie directed by Andrew Louis. The Casting of this movie, the lead roles are played by ‘Vijay Anthony’, while the supporting cast includes Arjun Sarja, Ashima Narwal, Seetha. Kolaigaran is a murder mystery, gear up for a mind-boggling thriller. Prabhakaran is an IPS officer who is known for solving murder mysteries.

Get The Latest Movies In 2019 Leaked On These Websites 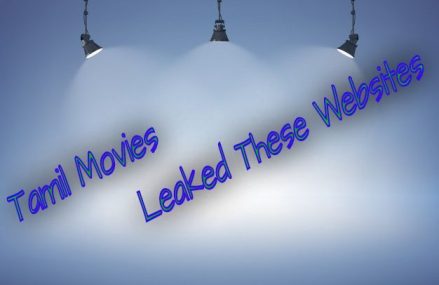